An Introduction to Integral Science 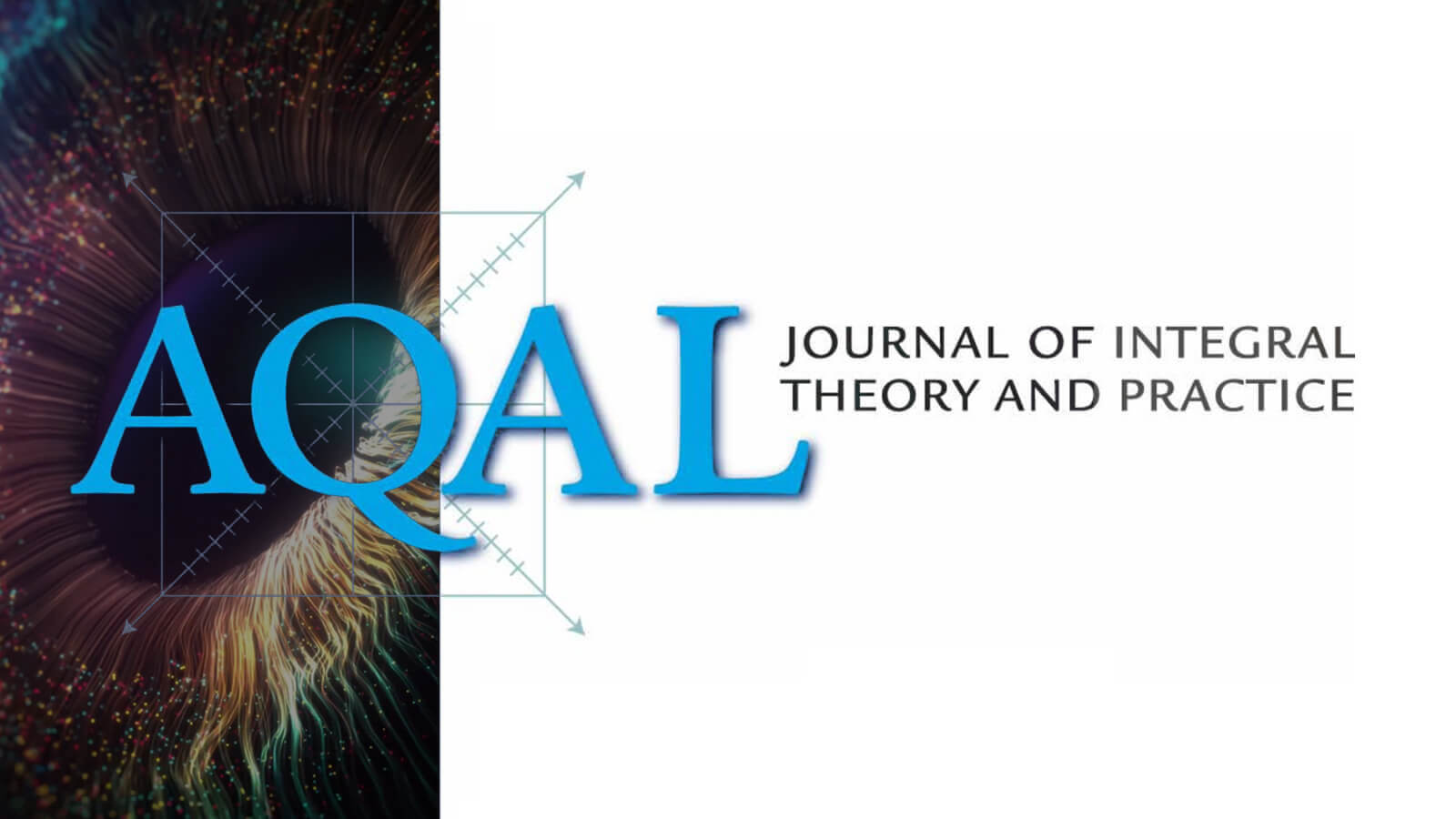 This paper argues for an Integral approach to science, which consists of interior, exterior, individual, and collective dimensions, all of which must be included in the various knowledge quests of science. A basic methodology consisting of...

This paper argues for an Integral approach to science, which consists of interior, exterior, individual, and collective dimensions, all of which must be included in the various knowledge quests of science. A basic methodology consisting of injunction, apprehension, and communal consensus is elaborated to help create a broad umbrella for distinguishing valid scientific endeavors. Distinctions are drawn between contemporary science and Integral Science, with the conclusion that an Integral approach allows for a greater opportunity for transdisciplinary learning and cohesiveness in the overall scientific endeavor.

What Is Integral Science?

Integral Science is a member of a family of learning disciplines whose collective aim is to be broadly inclusive, comprehensive, and vital—all that the word Integral implies. With Integral Science, the particular focus is on the scientific disciplines, ranging in scope from the physical sciences to the social sciences and even into the contemplative sciences (e.g., various meditative endeavors). Integral Science attempts to honor and incorporate the best methodologies and theories of science and integrate them into a generally inclusive framework.

How we actually define science will come to bear on what we decide to include in an Integral Science, and we will return to this point later. But however we define science, the core premise of an Integral Science is that every scientific discipline has some partial yet important truth to tell us, and to exclude the stories that emerge from any given discipline will create unfortunate gaps in our overall understanding.

To that end, one of the key functions of Integral Science is to organize the various scientific disciplines relative to each other in such a way that we can honor their respective, stunning achievements in their areas of inquiry without over-exaggerating their importance. Integral Science also brings attention to areas of scientific inquiry mistakenly considered invalid andmakes space for new fields of inquiry as the need arises.

As a means of executing those tasks, Integral Science actively encourages cross-collaboration between the various disciplines of science as a means to better understand and mutually enrich each other. At its best, Integral Science is a well-integrated, transformative practice of the sundry methods of science.

Let us know what you think of this meta-paradigmatic exploration of integral science!

An Integral Science will have to adjust one of it’s basic premises.

In science, an experiment has to be observable, measurable and repeatable in order to be validated.

It’s the measurable part that limits science from improving people lives in the spiritual spectrum.

There are procedures people can do in specific ways that will have the same results in ways that are not measurable. There are interactions within the self and also interactions of the self with the exterior that are not physically measurable. Yet when they are allowed to happen, spiritual transformation occurs. These transformations have been put into “stages” and among other things, these have been observed and Integrated by Ken into his work. But science does not recognize these because they lack the ability to physically measure them. The best they can do is a survey where they ask the practitioner questions before and after the procedures and plot the answers on a graph.

In another area - will we ever have the ability to know what is going on in the brain during a psychedelic “trip”? What’s the deal with fractals and “sacred geometry” that is a repeatable experience regardless of cultural background? Also Insects, aliens / Gods, etc.? We still have to go back to Jung for any real insight into these universal roots of human experience.

As I am sure you already know, Ken discusses this problem quite a bit in Eye of Spirit and elsewhere. He certainly thinks that we need to apply the “three strands of science” (injunction, observation, confirmation) to all of the eight zones, but recognizes that the standards for all three shifts from one zone to the next. There are different kinds of “measurables”, and not all of them can be easily reduced to the exterior quantifications of the UR. Can we find correlates? Sure! As we could with your psychedelic example – we can see that this chemical has this effect on brain chemistry in Zone 6 (the outer of the UR), and we can try to reverse-engineer or reconstruct the effect that chemistry has on consciousness by taking a Zone 5 view. But if you actually want to know how the trip is going, you have to directly ask the person for their own Zone 1 experience.

Or, in the case of something like Zen — a student performs an injunction (meditating for x amount of time), and the injunction eventually results in an observation (a state of consciousness), and that observation is then confirmed/falsified by a community of the adequate (Zen teachers who have their own 10,000 hours of mastery). The teacher can then verify whether or not the student really “gets it” in their own Zone 1, and whether that state is being properly expressed through the rest of the self-system.

And of course, every step of the way, we can also be making any number of observations in the UR — maybe tracking the student’s brain waves in Zone 6 as they perform the experiment, make their observation, and then verify with the community. Maybe we can even compare the brainwaves to those of the Zen teacher, and see if that allows us to predict whether a particular student “gets it” (which would be a Zone 5 prediction). But what is “it” that we are hoping the student “gets”? That can never be disclosed by UR methodologies, only by UL methodologies, which have their own forms of “qualia” and their own methods of confirming those qualia, which can never be physically measured (well, not until we discover a “new physics” of subtle/causal energies anyway, but that is still just a hypothesis, and even then those energies won’t tell us much about their corresponding qualities of consciousness!)

Anyway, I’m sure none of this is news, it’s just fun to unpack for a bit

Anyway, I’m sure none of this is news, it’s just fun to unpack for a bit

The use of Integral terminology is newish to me. I am far from an expert in the Integral lexicon.

But with psychedelics as an example - “what is it with” (lol) the actual commonality of math expressed in fractals and geometry? How is it that we all have this kind of “mathematical genius” within the roots of our brain that only comes out when we suppress >90% of our brain in what can best be described as a near death experience, lol.
Will science ever be able to explain this, I wonder?

it’s just fun to unpack for a bit

Yeah, good to change gears from other kinds of topics.

The use of Integral terminology is newish to me. I am far from an expert in the Integral lexicon.

Ah, in which case I hope this is helpful!

The math piece is interesting, because we continue to have very deep epistemological battles over whether math is objectively real, or whether it is an entirely subjective language that we use to describe reality. Where does the square root of negative one exist? In the objective world out there? I don’t think so, I’ve never seen one running around anywhere. So is it just in the subjective world in here? I don’t think so, because the square root of negative one is the same, no matter where in the universe we find ourselves.

I think Ken wisely hedges his bets, seeing “mathematics” as one of the primary involutionary deposits that shape both exterior and interior realities. So we have a brain that is tuned to math, because it is made from math, and has a correlating interior consciousness that is then capable of seeing the math.

Yeah, good to change gears from other kinds of topics.

Yes, I am considering enforcing something like a two-week “no politics” pause. I’ll be interested to see what this community space looks like without constant cherry-picking attacks and straw man sniping.

Yes, I am considering enforcing something like a two-week “no politics” pause. I’ll be interested to see what this community space looks like without constant cherry-picking attacks and straw man sniping.

I notice within the code of this forum there is a framework for analyzing our posts. For example, it might suggest that I not discuss only with one person all the time or that I not post three times in a row. Maybe a more stringent enforcement of these guidelines? I’m not sure what this program you are using allows.

Or maybe just prohibit links for a month, lol. Would be nice if you could only post one link per week or something - so only something that people have really considered will be linked because they don’t want to “waste” their one link per week allocation.

Actually, that ‘don’t post 3 times in a row’ works automatically, or at least it does in some categories/threads. Discourse won’t let me post any more poems in Dojo until someone else posts…

My vision for what happens here a lot is “shoveling dung” (e.g. fact-checking, countering falsities, etc.)–layers and layers of dung before we get to ‘bare earth’ where some minimal agreement/cooperation happens. But that’s part of the evolutionary work too, I suppose.