Are monads the same as a holon? If not, how do you think they differ as well as similarities?

Hello @erosabound, welcome to the community!

I think first we need to determine what exactly you mean by “monad”. I just recently published a video about Holons which you can find here: 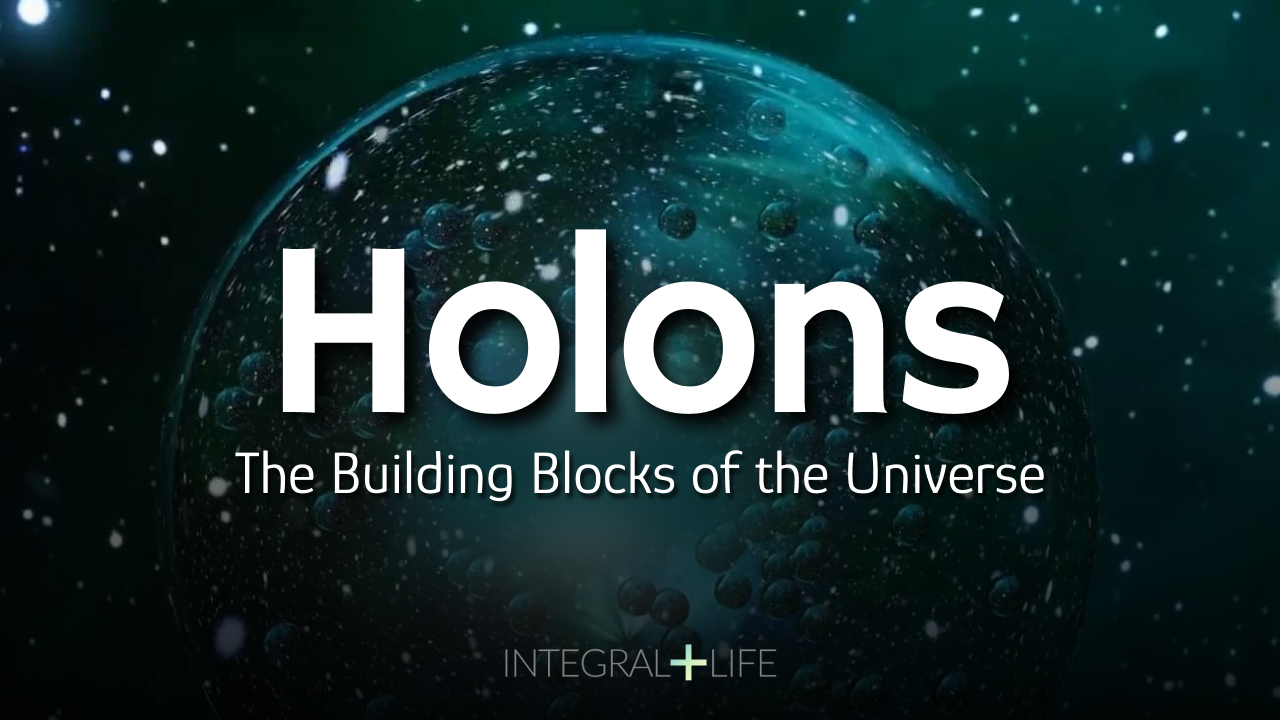 Holons: The Building Blocks of the Universe – Integral Life

Join Corey deVos for this fun, fascinating, and far-reaching exploration of one of the essential cornerstones of integral theory — holons, or the apparently endless series of “part/wholes” that fundamentally compose reality as we know it.

In the video, I discern between four different kinds of “whole” — true holons, social holons, heaps, and artifacts.

Among these, only “true holons” (that is, holons that themselves possess all four quadrants) have something called a “dominant monad” — which basically means the “master holon” that governs all other holons it includes within itself. As I say in the video, this is why when you take your dog for a walk, the rest of your atoms, molecules, cells, and organs go along with you instead of smearing across the carpet

So that’s one definition of a “monad”. Did you have something else in mind?

Thank you Corey. I watched your wonderful video. Yes, it seems I’m referring to the dominant monad within the holon model for my particular question/investigation.

Would you agree that absolutely everything (all other holons) is dependent upon this dominant monad?

Could we even point to this dominant monad as nirguna brahman/“The One”/allah/God/The Absolute? In which it appears that everything arises from and is dependent upon as the foundation for all appearances/other arising holons?

Hey @erosabound, I would myself be careful with the word “dependent” here. I’d say the dominant monad is what governs its sub holons, but really the higher holons are more “dependent” on the lower holons than vice versa — for the simple reason that you can destroy all human beings, and all atoms, molecules, and cells would continue to exist. But if you destroy all atoms, you are also destroying everything that is made of atoms, and therefore depends on the atoms’ existence, but the atom in no way depends on the humans’ existence.

As for your main question — is God a holon? — I kind of like Ken’s take, which is something like God is neither interior or exterior, neither singular or plural, neither part nor whole, but rather the paper that these are written upon. In other words, God is not some superior holon way up there somewhere, nor does God live somewhere down in the sub-quantum basement, but equally permeates all things at all levels of reality.

So is God a higher holon way up there somewhere, reorganizing our probability fields down here on the human level in ways we can probably never perceive? Sure! But God also equally exists in every molecule of the heap of dog shit I pick up when I walk my dog. One single Observer, looking through a nearly infinite number of perspectives.

Which where things get interesting, I think, and where our maps begin to break down. Because it means there is an aspect of our consciousness right now that is self-evidently “interior”, upper-left quadrant, which we might call “perspective”. And there is another aspect of our consciousness in this moment that is beyond the interior/exterior duality, beyond individual/collective, beyond part/whole. Let’s call that part “awareness”, which others might call Spirit. Evolution produces new ever-emerging perspectives over time, while the singularity of awareness sits outside of time altogether. And we call this combination of finite temporal perspective and infinite eternal awareness “conscious experience”. All of which is to say, consciousness can be found both in the upper left quadrant of a holon, as well as outside of all four of a holon’s quadrants.

Which is why I wouldn’t be comfortable saying “God is the supreme holon of which everything in the universe is a part” — because I think it’s too limiting, too confining. Holons evolve, which means they emerge over time — but Spirit exists equally both in the products of time and in timeless presence, which are not the same but also ultimately not-two. Which means God must be a Ground of Being before it can become a Pinnacle of Being

Which I think is kind of cool, because it means that Spirit is both ubiquitous and unique, and 100% available to all holons everywhere, in 1st-person, 2nd-person, and 3rd-person.

Awesome response, a lot to contemplate on. Thank you.

I agree. To say Spirit/“God” is a supreme monad is ultimately reductionistic. Though would you agree that all language is inherently reductive and dualistic, and at best we can point within this format online through signifiers such as symbols (words, analogies, imagery, etc) to a referent we try to point/signify?

So could a reductionistic, yet symbolically accurate representation of “all apparent phenomena arising from a singularity” be represented by the monad image below? Sort of representing the not-twoness. What does it represent for you? (From your analogy, I like how it kinda looks like an eye too! 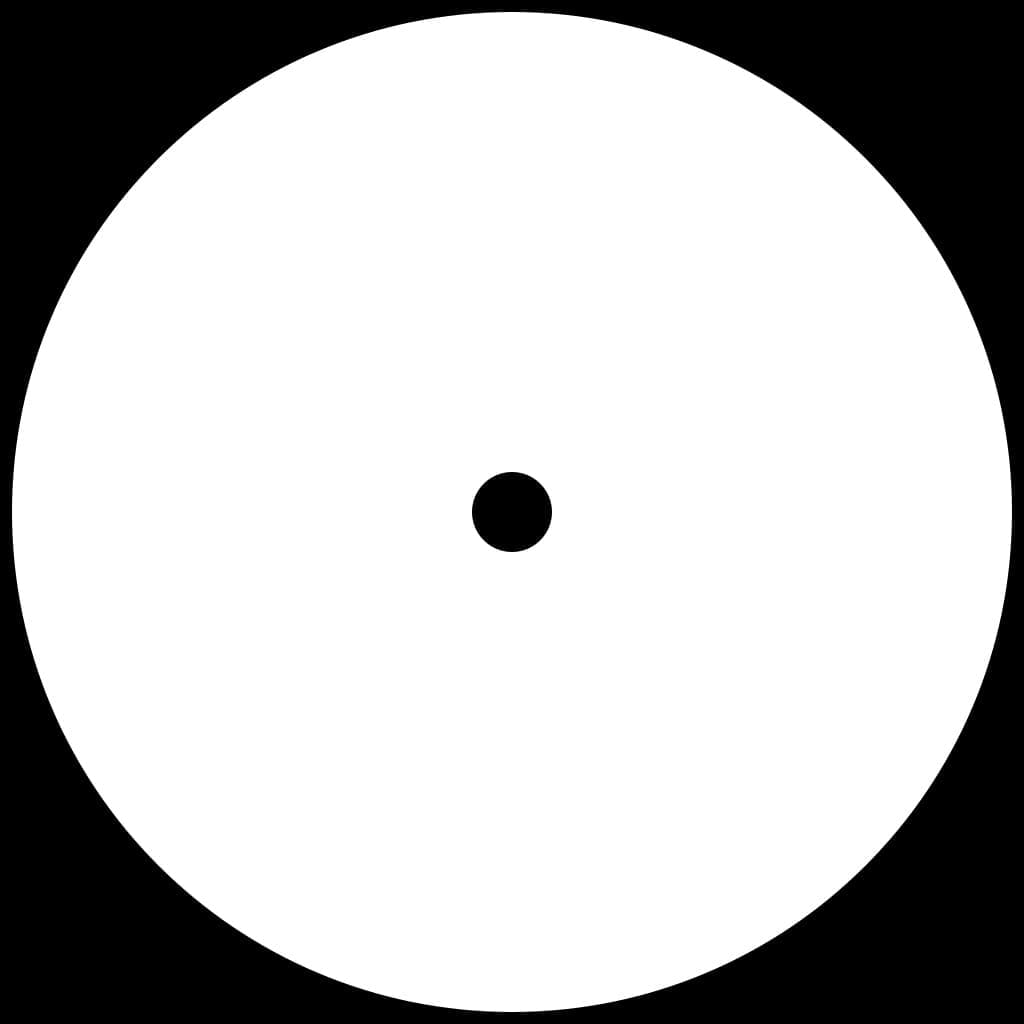 (Apologies if this is diverting from your video, which I feel it may be).

would you agree that all language is inherently reductive and dualistic, and at best we can point within this format online through signifiers such as symbols (words, analogies, imagery, etc) to a referent we try to point/signify?

That’s half the reason these conversations can be so fun, and so frustrating at the same time!

To riff on your visual, here’s something kinda/sorta like how I see it in my own mind’s eye.

The spirals each represent a different holon with multiple sub-holons, while the “singular observer” is shining through every layer of of these holonic stacks. 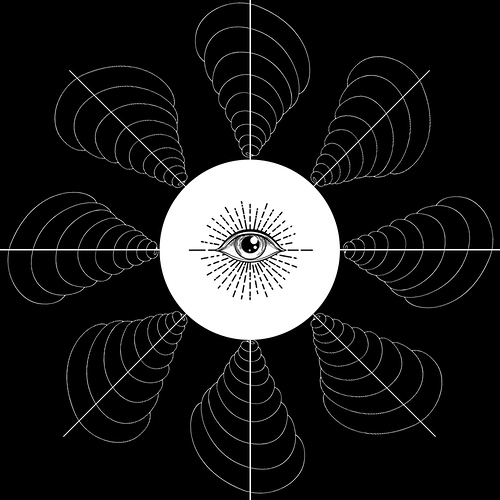 I love how you have included holons with the four quadrants and an eye of spirit in the middle. So wholesome!!

I very much rate your representation. Do you mind if I save it and use it as a display picture?

Haha it’s funny because I do see quadrants in there, but it’s actually unintentional — in my mind, each of those stacks is actually a series of UL interior perspectives (prehension, irritability, sensation, perception, impulse, emotion, symbols, concepts, concrete operations, formal operations, vision logic) that are then “illuminated” by the single timeless Observer or Witness or Awareness behind each of those perspectives. Sort of a way to show how this thing called “consciousness” is both a product of time, and of the timeless.

However, the fact that it looks like quadrants is also kinda cool, and fits in with the overall integral aesthetic LOL

Feel free to use it however you wish! It’s not the prettiest graphic though, maybe I’ll make a new one for an upcoming video presentation

Can’t wait! I’ve been binging on integral stuff recently. Just finished Ken’s Religion of Tomorrow, now onto A Brief History of Everything. Been loving your integral life yt vids, as well as IL blog posts, and The Daily Evolver.

Was gifted grace & grit and the eye of spirit for Xmas, so am lucky to be in such integral abundance!!

Aside from everything - which other works of Ken’s could you recommend for me? I hear that SES is well sought after.

SES is widely considered Ken’s Magnum Opus, so it would be a perfect book for you to read next. In fact, there is a live discussion group that is starting soon! Check it out here: 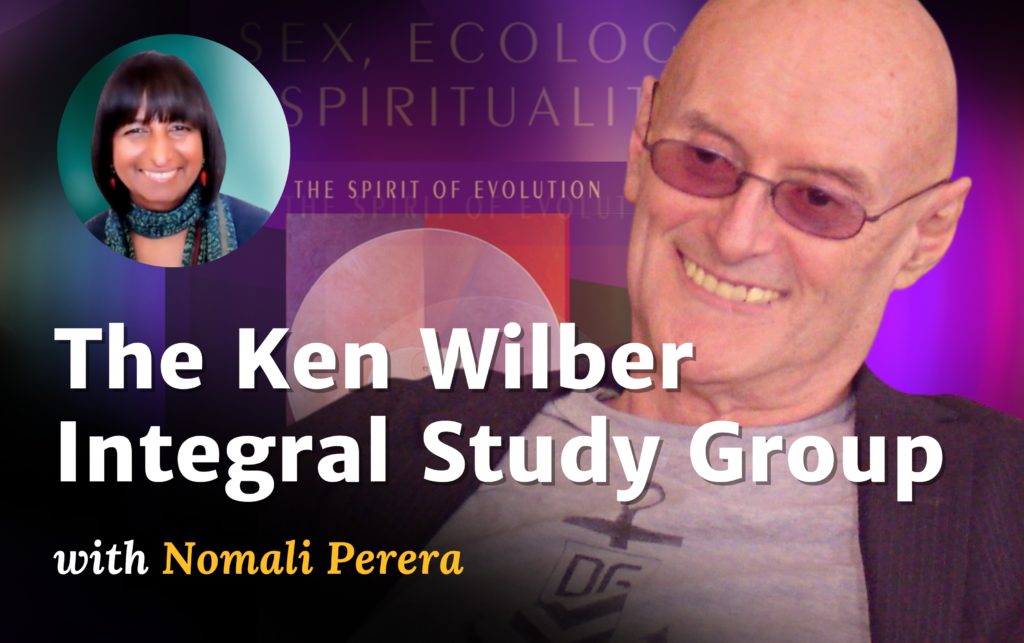 Friends, it is time to return to holding a good old fashioned book in our hands by taking a bit of a break from the endless YouTube videos, podcasts and streaming TV. Instead, let's commit some time to engage in Ken Wilber's Integral teachings, which...

It’s a beast of a book though. But so is RoT, so you already know how that hits.

Otherwise, I strongly recommend some of Ken’s earlier stuff. I particularly like The Atman Project, such a gorgeous and fascinating book. He had a somewhat different writing style back then, a different sort of flourish. Not better or worse, just a different blend of flavors.

And then there’s The Eye of Spirit, which I also highly recommend. Here’s an extended excerpt from that book, one of the most beautiful pieces of spiritual writing Ken has ever produced: 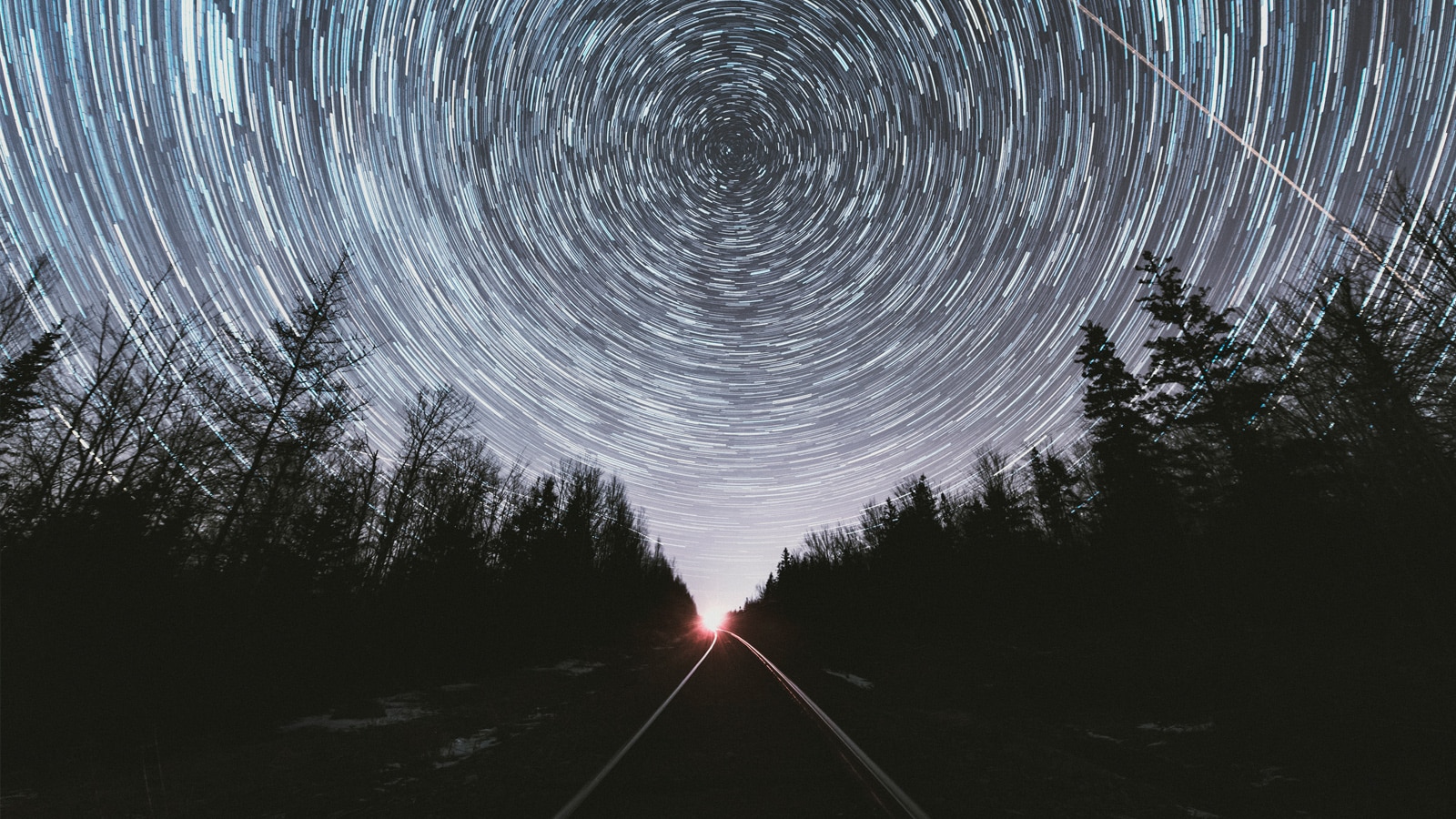 In this excerpt from The Eye of Spirit, Ken Wilber offers one of the most powerful (and beautiful) pieces of spiritual writing he has ever produced. This is the very first time these words have been reproduced on the web, and we invite you to share...

If you want something a bit more bizarre and fun — and that totally predicted our current era of total aperspectival madness — check out Boomeritis. It’s definitely a trip

One Taste was a particularly profound and meaningful book in my own development. Much more personal, and it was nice to see Ken’s curated view from the inside out. Particularly when it came out, since Ken had virtually no public profile other than his face on the back of his books.

Finally, The Simple Feeling of Being is a wonderful collection of prose and poetry, one of those books where you can open a random page and wrap a full mediation around any paragraph your eyes land on.

Seriously, throw a dart, you’ll love whatever it lands on.

And it’s really good that you started with RoT, since Ken’s made a lot of updates to his model over the years, so you’re starting with his latest thinking. You’ll read some parts where Ken hasn’t differentiated states of consciousness from structures of consciousness, for example, and just sorta stacked the states on top of the stages. So you’ll be able to keep an eye out for that sort of stuff. It’s fun! It makes you feel like you’re smarter than the version of Ken who wrote the book.

Enjoy the integral journey, and always feel free to ask more questions here in the community!

Thanks Corey! Much appreciated.