Dawn of Everything - Is Centralized Collectivism Necessary?

Interesting book coming out with an in-depth synopsis in The New Yorker. Looks at adaptive self organization vs the foregone knowing that increased centralized authority, planning and administration is required.

From an Integral perspective, I still question Integral Theory’s adoption of Marcuse’ “humanity should organize like a beehive” with intelligensia in charge as opposed to what many see as physiological nature of individuals in an adaptive self organizing Liberal Democracy. But that’s just my viewpoint.

The New Yorker review would seem to portray The Dawn of Everything as a very multi-cultural (Green’ish) historical inspection.

Excerpt:
“The Dawn of Everything” makes a persuasive case that what was passed off as Indigenous criticism of European political thinking was, in fact, Indigenous criticism of European political thinking. These Indigenous objections could be safely deflected only if they were seen as European ventriloquism, not ideas from another adult community with alternative values. “Portraying history as a story of material progress, that framework recast indigenous critics as innocent children of nature, whose views on freedom were a mere side effect of their uncultivated way of life and could not possibly offer a serious challenge to contemporary social thought,” Graeber and Wengrow write.

The whole symbolic apparatus of cultural evolution aimed to make freedom—which they define as the freedom to move, the freedom to disobey orders, and the freedom to imagine less hierarchical ways of organizing ourselves—seem archaic and perilous. When we speak of the onset of social inequality, we’re accepting the idea that real freedom is the plaything of children. 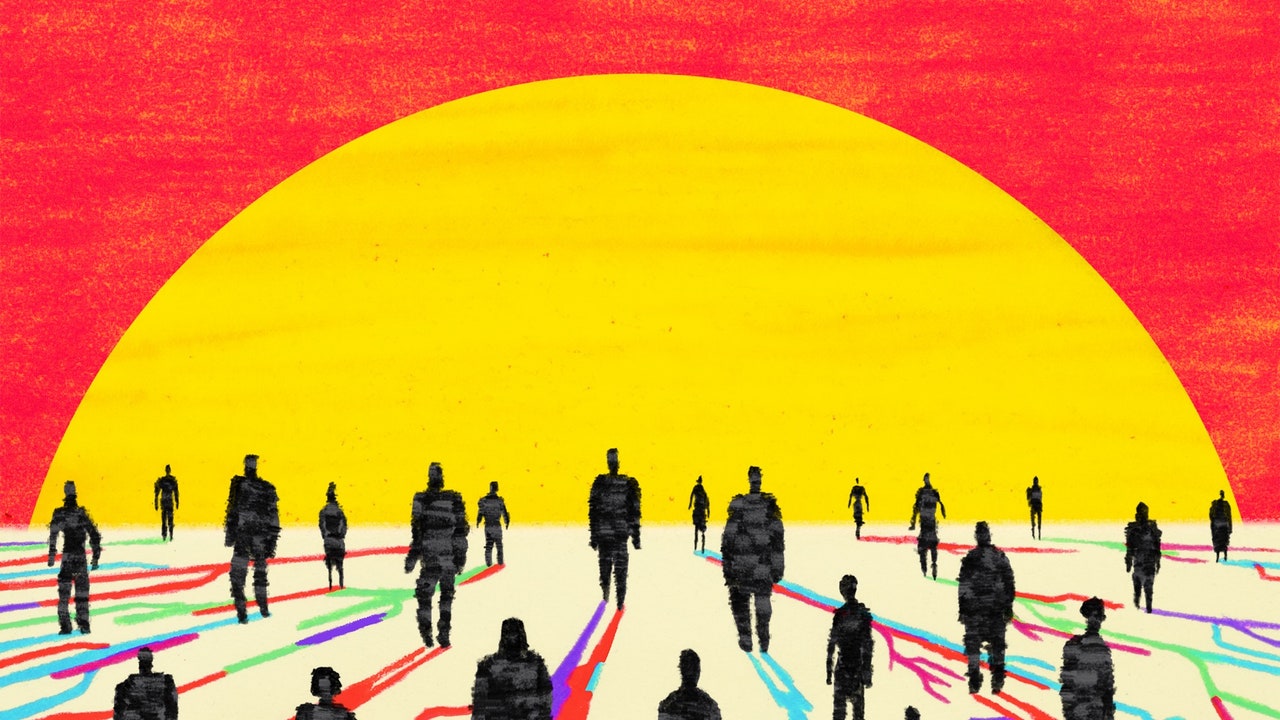 Early Civilizations Had It All Figured Out

A contrarian account of our prehistory argues that cities once flourished without rulers and rules—and still could.

Well, yes.
Most people today believe that technology and science has led to their lives being better. And, in a way, technology has. But it isn’t necessary to have an “all or nothing” standpoint.

It’s entirely possible and from my view even probable that societies before the development of writing were emotionally more mature and spiritually more developed than modern humans.
Humanity is increasingly finding that despite or even because of our technological advances, they are in a spiritual vacuum and surrounded by masses of people who cannot even simply control their own emotional states or though processes and are instead controlled by the whims of popular media.

Historians and archaeologists for centuries have deliberately or ignorantly tried to deny that “civilization” existed before 3,000 bce. Even the technical definition of “civilization” is misleading. In order to have civilization, one technical requirement is system of writing. Yet convenient writing medium doesn’t last thousands of years, so the lack of an actual papyrus scroll dating to before 3,000 bce is held as “evidence” that writing did not exist then and therefore there was no “civilization”. Since it is impossible to carbon date stone or clay inscriptions, archaeologist just place stone inscriptions wherever it fit into their chosen narratives.

But now the evidence is overwhelming that there was a “Dark Age” around 2,000 bce, and that complex social organizations and even nations thrived before this time, with international commerce and trade.

You might have your dates off a bit but agree that pop culture tends to dismiss the “noble savages” organizational capabilities. Also makes for great “epiphanies” when the older cave paintings or a pot shard or cuneiform tablet is found.

The “Dark Age” in the Mediterranean/Central Asia started in the 1200-1100 BC. Here’s a good lecture on the collapse that’s fairly well documented (linked).

Note that our “Western Civilization” with the idea of Citizenship and Individual Property came about after this collapse of the Monarch/State ownership era collapse in 12th Century BC.

Here is an excellent lecture on development of Western Civilization (linked here).

Yes - you are right about the dates.
I disagree that this is just “pop culture” - unless you are calling Archaeologists and Historians “pop culture”.

Note that our “Western Civilization” with the idea of Citizenship and Individual Property came about after this collapse of the Monarch/State ownership era collapse in 12th Century BC.

The video you linked is a good representation of what the academic “establishment” wants to believe. Consciously or subconsciously, their story has a considerable bias.
I don’t think we actually know enough about what existed prior to the Bronze Age Collapse. The facts aren’t clear and Historians and Archaeologists seem to cling to this idea that Greece suddenly invented everything from a vacuum. That narrative is very suspect to me. A far more realistic scenario is that there was a lineage of these discoveries that the Greeks learned from (and also added to), but the “paper trail” was erased during the Bronze Age Collapse.

The “strong man” monarch/state concept is highly suspect, but Historians and Archaeologists continue to push it. Consciously or subconsciously, they ignore several other possibilities and hone in on the one that makes Greece this magical culture that sprang out of nowhere and discovered all kinds of things all by themselves. But this narrative they place on pre-bronze age cultures surely was not true of Native American cultures, which branched off from other Asian Cultures (well, the 40,000 bc date is now being disputed). Similarly with Pacific Cultures, the “Strong man monarch who owns everything” wasn’t really the case. Indeed, the concept of land ownership was completely foreign to the Neolithic cultures the west “Discovered” during the “Age of Discovery”.

And in the end, I think Citizenship and individual property (especially real estate) are concepts that aren’t actually that good in the grand scheme of things. Why is it a good thing for a few rich people to own most the land and deny everyone else the right to even walk across it? I don’t really see this as a good thing. Citizenship might have been a necessary thing during the Nation-State era, but it actually directly opposes the implementation of a Free Market.

With regards to bees - One of my pet peeves is people really don’t understand how bees (and ants) work. They believe it is some kind of totalitarian autocracy when it isn’t. The queen isn’t “in charge”, nor are the drones, nor are the workers. It’s a much more cooperative effort than most people are capable of understanding. The queen does produce pheromones to get others to act certain ways, but in the end they can and do kill her and replace her with another queen. How do they communicate this idea to everyone if the Queen is “in control”? The answer is - she isn’t, ultimately. The masses are. The Drones have some input but ultimately the masses have to “ball” the queen to kill her.
https://theconversation.com/a-game-of-drones-why-some-bees-kill-their-queens-83624

I see history as an unfolding. We have intellectuals that live, breath, mine, postulate on specific areas or even specific theories getting much of it “right” and much “wrong”. More information becomes available, theories change, and of course this is viewed through many lenses. With each lens having it’s own shaded biases, or better yet biases/narratives take on information that helps support their narratives and biases.

Even the “strong man” had to have buy-in. In tribal communities the “chief” is directly connected with the people so I doubt direct oppression was common. Vibrant societies are adaptive and self-organizing but can be extremely messy. Just witness our current “culture wars” regarding our “messy” system, which is an attempt to re-architect our “messy” system along the lines of a very straight forward centralized collective with the administrative state calling the shots.

I would introduce that in Ancient History, the Civilizations, Cultures, Nations, and Cities had populations the size of rural towns. Armies were usually in the few thousands. With a population of 10,000 a “king” could realistically manage through direct engagement with their princes and administrators.

And in the end, I think Citizenship and individual property (especially real estate) are concepts that aren’t actually that good in the grand scheme of things. Why is it a good thing for a few rich people to own most the land and deny everyone else the right to even walk across it? I don’t really see this as a good thing. Citizenship might have been a necessary thing during the Nation-State era, but it actually directly opposes the implementation of a Free Market.

Lots to unpack here and I’m in disagreement that private ownership isn’t so good. But alas I’m out of time for the moment.

Interesting historical review on Woodrow Wilson’s expansion of the Administrative State. Seems he was influenced by Hegel. 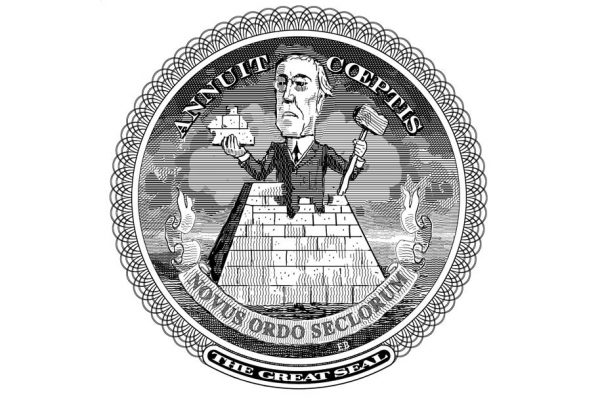 The Making of the Administrative State - Claremont Review of Books

The Progressives bequeathed us a regime without legitimacy.

Who isn’t influenced by Hegel?
Hegel is one of the founding fathers of Western Philosophy