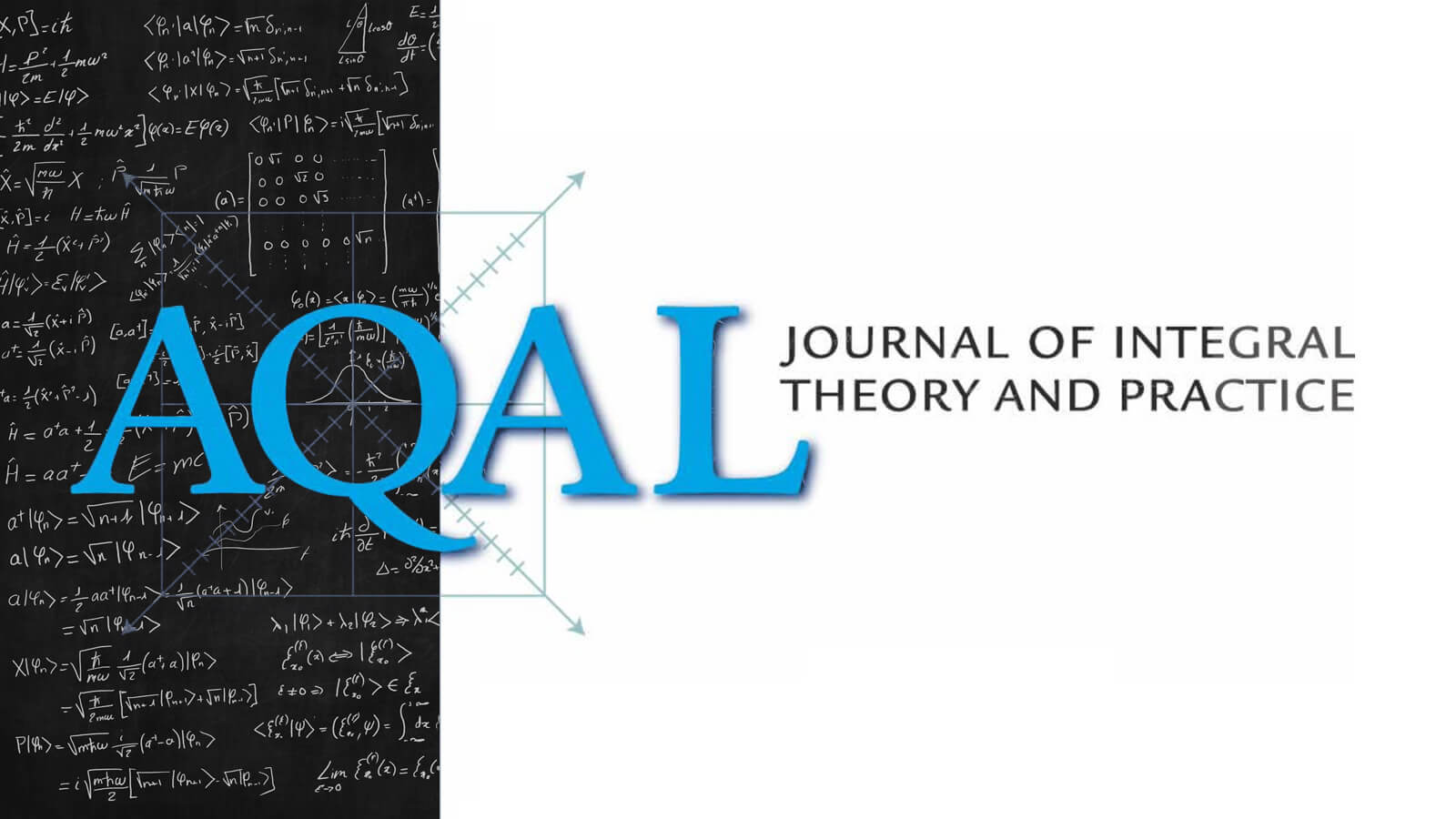 Mathematics is both an art form and a scientific discipline. When philosopher Ken Wilber writes about the differentiation of “The Big Three” (i.e., Art, Morals, and Science), mathematics is in the unique position of being both a subjective art form as well as an objective science. Mathematicians might recognize this as the division of the field into pure mathematics and applied mathematics. Author Jerry King, in The Art of Mathematics, stresses that these two disciplines of mathematics are as far apart as the mystical poet and the objective scientist. However, King also calls for the integration of pure mathematical thinking and pragmatic mathematical application. In other words, King is asking that the realms of art and science be integrated in a unified mathematics, quite analogous to the Integral model’s quest for integration in other disciplines of knowledge, including psychology, spirituality, medicine, law, politics, government, education, business, and so on. In this article, I would like to propose that we add mathematics to the growing list of emerging Integral disciplines.