What wisdoms are waiting for you in your dreams? How do you go about uncovering those wisdoms, pulling them through the veil of your unconscious, and bringing them into your waking life?

It has been estimated that we dream for around two hours per night. Which means that, over the span of an average lifetime, we spend about six full years in our dreams. Our dream world is a territory we visit regularly, and yet it remains unmapped and mysterious to us: dark, bottomless, occasionally scary, and always inhabited by strange creatures of our own making — populated by archetypes, devils, shadows, and bodhisattvas, not to mention the accumulated flotsam of our daily lives.

Our dreams are often drenched in meaning, significance, and symbolism. But it is often very difficult for us to make sense of our experiences in the dream world, and to hoist these treasures out of the surreal and into the real. Our dreams typically communicate to us in the language of the bizarre, and more often than not we need some guidance in order to better understand them and extract whatever wisdoms they may offer us.

Watch as Dr. Keith and I explore the murky depths of our own unconsciousness, and try to shine some light upon some of the common features we experience in the dream world. Keith also helps me make more sense out of two prominent dreams that I’ve held onto for years — a lucid dream that quickly turned into a nightmare, as well as a “golden shadow” dream that ended up guiding me throughout my entire integral career for the last two decades. It is an endlessly fascinating discussion, and I hope you enjoy! 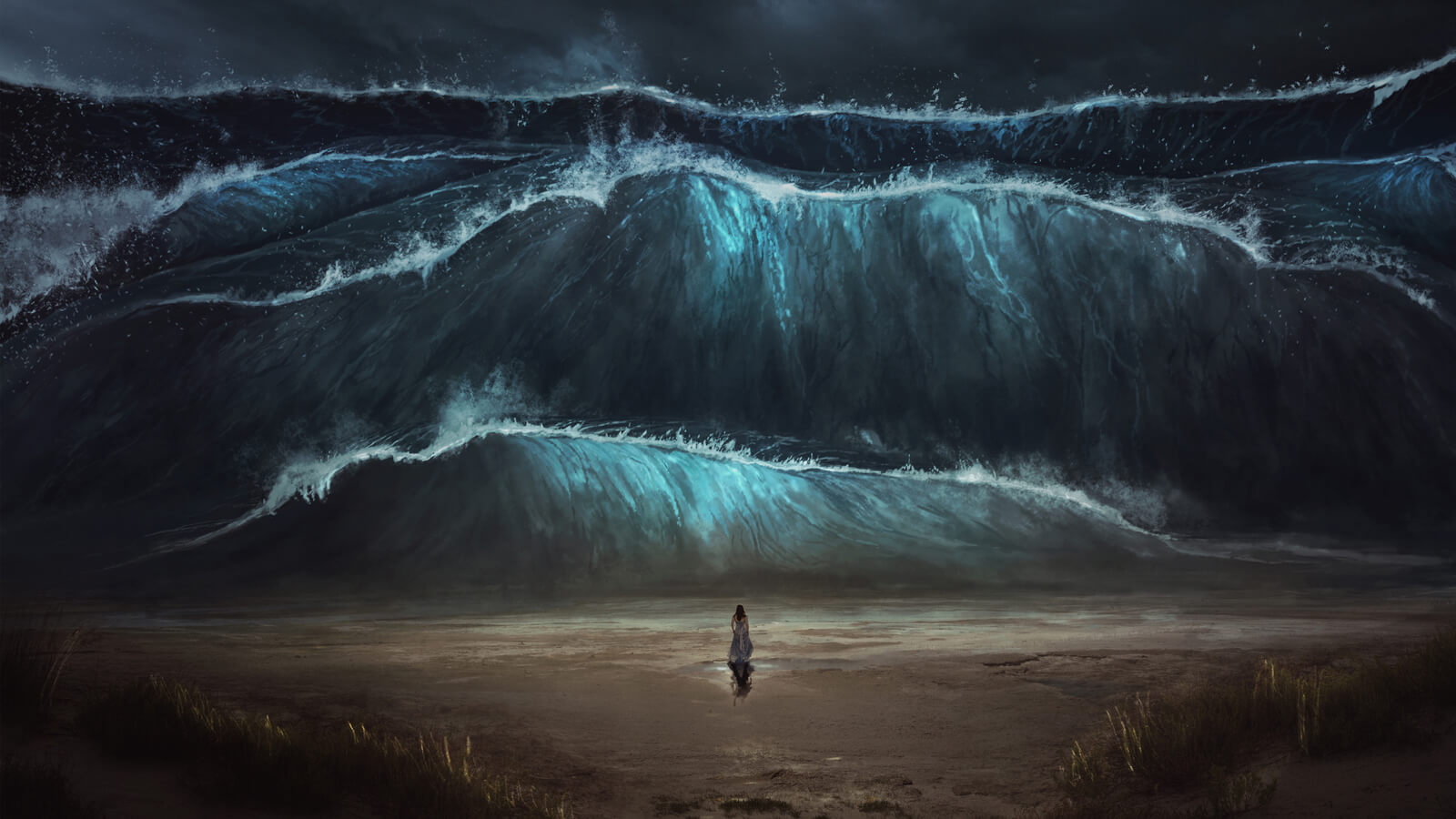 Into the Dreaming – Integral Life

Our dreams are often drenched in meaning, significance, and symbolism. But it is often very difficult for us to make sense of our experiences in the dream world, and to hoist these treasures out of the surreal and into the real. Our dreams typically...

Corey: It’s no surprise that our unconscious is often sort of archetypally represented by an image of the sea, an image of the ocean — which makes a lot of sense, because we know so little about our own unconsciousness other than the sort of choppy waves that we see on the surface and whatever debris is left on the shore the next day. That’s all we have to make sense of the murky dark depths of our [dreams].

Dr. Keith: One of the points I make in Shadow Light — and I have a whole chapter on dreams in Shadow Light — is that psychological work, psychological process, spiritual work, spiritual process, basically that’s reflected in changes in your unconscious. How do you know you’re growing? Because you begin to have different habitual reactions, psychologically, emotionally, spiritually, to things. For instance, nonviolence, or fidelity. So in dreams now, I can’t have sex with other people. Why? Well, you know, I begin to do it in a dream and there’s a moral standard that slips into the dream, because we still have our moral standards, going, “whatever fun this is going to be, it’s not worth breaking fidelity since 1982.” And I’ll think that in the dream.

So what does that mean? That means my unconscious is integrated in a place where it’s no longer attractive to me to cheat on my wife. Not that I ever cheated on her, but it was attractive to me to cheat on her, you know what I mean? The impulse was attractive back in, you know, whenever it was. So those waters are informing us all the time, and we can develop a sense of them. And the more we feel in harmony with the depths of our unconscious — and I like the ocean metaphor, mostly because I dream about oceans a lot, probably because I was a surfer for 10 years. The more we have a sense that there are coherent forms that are coming up — and often when people begin therapy, they really don’t have that sense, when they’re beginning to work on themselves they don’t have that sense of that unconscious being coherent. Instead, they have the sense more like Freud did, which is “there’s monsters there that could eat me up if I don’t take care of them, if I don’t suppress them or control them or do this kind of thing.” And this is where a lot of the adversarial therapies, where you know, if you had a monster you try to kick it out of your unconscious, or, you know, “I’m going to do battle with the part of me that does this,” or “I’m gonna tell the inner critic to go fuck himself.” I mean, those kinds of things are very popular because people had the idea of finding the rotten part of you, or the monster part of you, and getting rid of it or killing it. That kind of stuff was intuitively very attractive, probably more so in the sixties, seventies, eighties, nineties, less so now, as we have more shared understanding.

But as it turns out, that’s not how people grow at all. The way that people grow is whatever that force is — going back to that gestalt principle — it’s you, right? And not only is that you, it’s you trying to do something good. You know, if there’s a monster in my dream, that monster is there for a reason, it’s there to help me in some fashion. Until I figure out how it’s trying to help me, then I’m going to have problems with it. If I can figure out how it’s trying to help me, particularly if I can in the dream, good things happen. And that’s one of the beauties of lucid dreams. When you have them, you can kind of bring this kind of reasoning to bear in those situations.

Corey: You know, another insight that I carried with me after that lucid nightmare that I talked about earlier in the show was that when we are asleep and having a dream, yes, you’re by yourself. You are alone, you are all-one. But it’s THIS reality where we get to have a shared dream together. It’s this place right here where we get to share our dream. And I’m just so happy that I get to share this dream with you, brother.

And the good news is, just like when you’re having a nightmare and you’re by yourself and you’re all alone, guess what? You get to wake up. That’s true here too. We can have a shared dream together, and we get to wake up together. And that is just a miracle.

We hope you enjoyed this discussion! Please let us know what you think in the comments below.

Dream your Dreams. Beat your Shamanic drums. Humanity has been doing it for millennia.

Paraphrasing a Krishnamurti sentiment, “why would we assume our dreams are any less fucked-up than our waking state?” And … “vaping?” Have you tried bubblegum?

I really liked this episode. Thanks for sharing. I like the idea of becoming your own gestalt therapist while you’re lucid dreaming - which is what I did after watching this episode. Often I don’t really want to lucid dream though because it’s so nice to have awareness switched off - otherwise it’s kind of like you’re always in your own novel. It’s interesting though - I don’t think people usually find being aware unappealing.