Updating Our Maps, Inhabiting the Territory 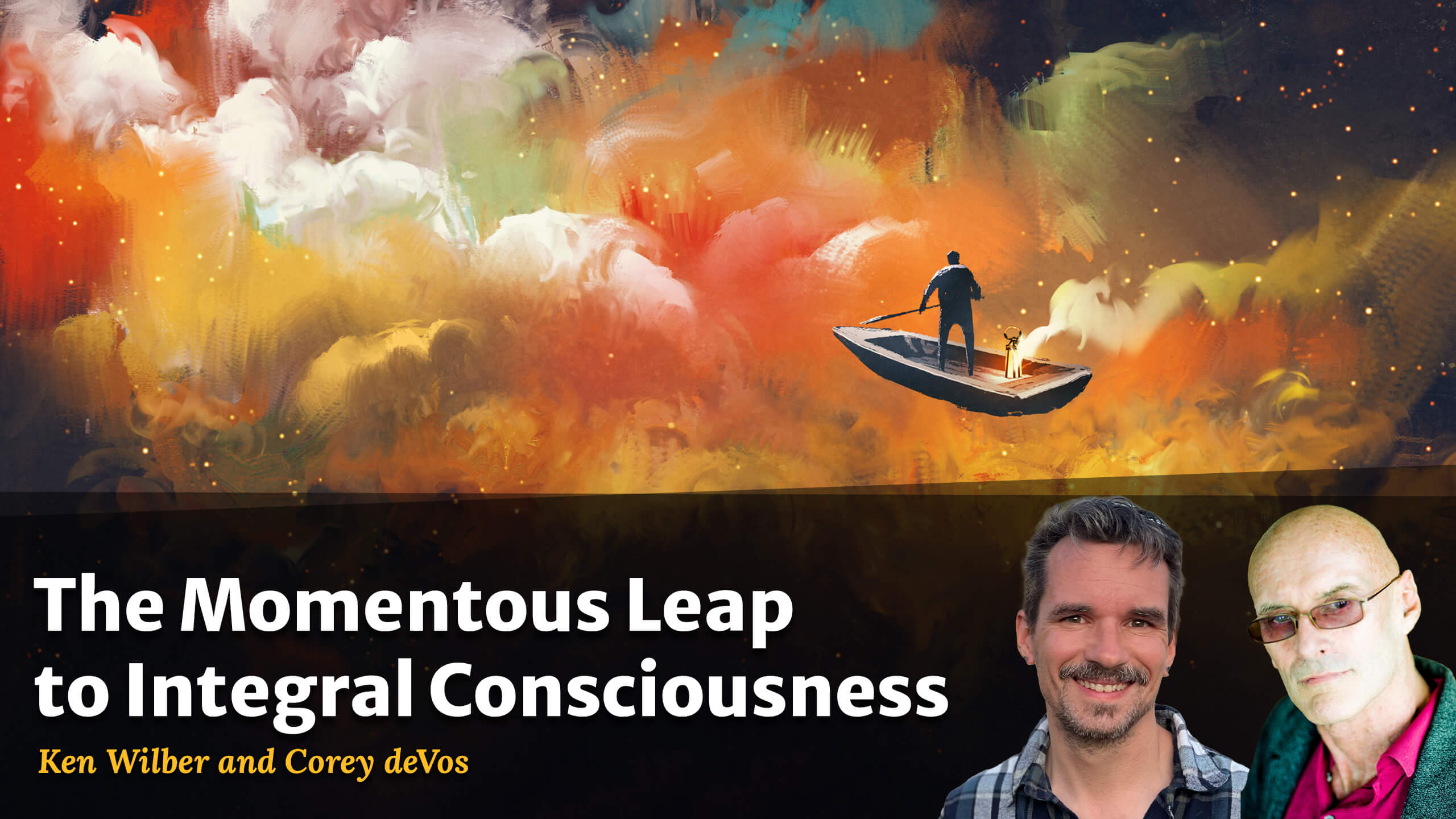 Ken Wilber and Corey deVos explore some of the unique challenges that come with the transition to Integral stages of development — “the momentous leap” as it is often called. Watch as Ken and Corey try to bring a little bit more light to this...

Here we talk about one of the common challenges that we’ve seen over the last two decades of working with the online integral project — particularly the challenge of learning the integral map before we are actually familiar with the integral territory that it describes.

Almost all of Ken’s books have some caution about this — he reminds us again and again that “this is a map, and the map is not the territory.” But one of the most common dysfunctions we see in this space, is a purely cognitive enactment of integral without the sorts of interpersonal, intrapersonal, moral, and spiritual intelligences (among others) that are required for a fully-embodied integral consciousness (which basically describes the path of Opening Up, where we begin to nourish and nurture any number of developmental capacities, often using something like an Integral Life Practice to do so.

This challenge often seems to arise when we receive this integral map while still largely at a pre-integral stage of our own development, which likely describes a great many people who are watching right now. We naturally enact these maps according to our current stage — if our overall worldview or center of gravity is orange, we enact the map in a predominantly orange way. If our view or center of gravity is green, we enact it in a green way. And at these stages we are often blind to the deeper territories that map actually represents, because we have not yet fully developed the interior referents for those signifiers.

And because we are using the sorts of signifiers and terminologies that correspond to the integral territories these maps are describing, we can easily convince ourselves that we “get it”, that we must be successfully inhabiting that territory, thinking we are integral because we think we know what a “quadrant” is. But sometimes we forget that our actual perception and enactment of these quadrants, or the developmental stages, or any other territory described by this map, continues to grow and deepen. We don’t get that we might only be using it as a mere conceptual tool rather than, say, a way to perceive and inhabit the fundamental perspectives that comprise the fabric of reality itself. We’re pushing boxes around on a piece of paper while telling ourselves we are doing real integral work.

And this becomes really challenging, because when it comes to the path of Growing Up, at every step we need to closely re-examine and re-assess our own cherished maps of reality, as well as the various assumptions and presuppositions that we’ve drawn from them, while keeping ourselves open to the idea that our current understanding may not be the fullest understanding possible. Our pre-integral enactment of the integral map can become calcified — which means that, when some of us are inevitably confronted with the limitations of their own currently-partial enactments of these maps, we forget that we are supposed to be growing into the territory, and instead begin to believe we are growing out of integral altogether. But we’re not, we are just outgrowing a lower-resolution enactment of these maps, because we believe we’ve already achieved the highest-resolution view possible. We’re looking at a sphere, but only see a circle.

Which is why it’s often the case that the people who believe they have outgrown the integral project, have in reality only just begun to scratch the surface. It’s another reason why we’ve seen some casualties over the years among people who are trying to grow into this territory — the momentous leap becomes a bridge too far, and sometimes people can fall through the gaps as a result. Hopefully, discussions such as these can provide some sort of safety net.