US Constitution most Integral Foundation in Human History?

Some would say we are blessed in the US to live in the most Integral liberal democracy humankind has ever developed or lived in. Unlike many governmental systems the US Constitution, our foundational document, is by design a living breathing ever growing and changing foundation. A living definition of our Noosphere if you will. A foundation that can grow through, and has grown through, level changes as defined by Integral Theory.

As a quick reminder, if we want to implement a new Teal Noosphere, the level of inclusion in order to subsume and transform is very start forward. Here is an excerpt on description for the Integral community to implement its hearts desire.

US Constitution most Integral Foundation in Human History? This is a really good and perhaps controversial question to ask. On the Integral side Benjamin Franklin himself remarked, “…when you assemble a number of men to have the advantage of their joint wisdom, you inevitably assemble with those men, all their prejudices, their passions, their errors of opinion, their local interests, and their selfish views.”

Perhaps the American Representative Republic, built on the freedom of the individual and the individual States, rather then on the collective, may not win many fans across the globe?

@excecutive
If it is a controversial question is it due perhaps the archaic vernacular?

Should we try rewriting Franklin’s remark with something like? (my apologies as I am not a full time “Integral Scholar”, so everyone feel free to correct/modify)

With the Constitution there was, and there still is room for improvement … as Franklin’s most famous quote in reply to what sort of government it was said, “A republic, if you can keep it.”

Many Americans would argue that the US Constitution, better than any other system or government, has actually delivered on this. Some would argue that it is currently under attack from many sides and contradicting perspectives that either threaten it’s survival or confirm it brilliance.

Should the Integral community rewrite the US Constitution and Bill of Rights as a starting point for something “implementable”?

Should the Integral community rewrite the US Constitution and Bill of Rights as a starting point for something “implementable”?

@FermentedAgave I would love to read your rewrite … Honestly the contribution of Integral wisdom on this platform has been less than I had hoped or imagined.

Non integral thinking is believing there is some ideal external system or cooperative that will solve the worlds problems. I sense many people here are still defending or attacking some external system as the solution or as the problem.

I suggest that the true Integral discoveries and mastery reveal the attainment of a higher human consciousness. These spiritual values have been advancing a better world since the beginning of time.

Today we on the edge of another evolutionary movement. I sense a regenerative culture is being revealed by visionary people like Ken Wilber, Sadhguru, Ghandi, MLK, Eckhart Tolle, and the thousands of other spiritually liberated thinkers who have actually touched and discovered this Integral place within themselves.

In our external reality everyone sees the breaking and blames “the others” … and yet all our problems reveal the deficiencies within our spiritual senses. Great human leaders throughout history have pointed to this inner spiritual work as the salvation of humanity. A spiritual quest into self-discovery is a journey that leads to salvation for the individual and is revealed in the collective.

One thing I’m scratching my head on is what if the US Constitution and Representative Government ARE Integral?

What if the world’s governments, religions, and individuals are actually progressing faster and more healthily (inclusive) than the Integral community?

In our external reality everyone sees the breaking and blames “the others” … and yet all our problems reveal the deficiencies within our spiritual senses. Great human leaders throughout history have pointed to this inner spiritual work as the salvation of humanity. A spiritual quest into self-discovery is a journey that leads to salvation for the individual and is revealed in the collective.

Is this little more than a recycled and outdated Orange concept that is responsible for holding back an Integral collective from enveloping and world?

@FermentedAgave I am open to your input on these ideas. I think Ken Wilber is one voice, like millions of other integral thinkers and complex human systems within our reality.

These are all bigger than any one of us or even a group of us can effectually redesign. I believe the repurposing of these institutions and governmental hierarchies and our civilized structures need to be changed and modified from the inside out by changing as individuals within them.

An internal spiritual change that acknowledges that without the spiritual truths of integrity, faith, honesty, compassion, acceptance, etc. all rolled up in Love we’re maxing out.

We will lose this amazing place we have built and attained out of some broken intellectual concept of social justice, equality or some other perceived grievances that occupy our emotional attention and that we feed with our own negative energies. How do we change people? That’s how we change the world!

We will lose this amazing place we have built and attained out of some broken intellectual concept of social justice, equality or some other perceived grievances that occupy our emotional attention and that we feed with our own negative energies. How do we change people? That’s how we change the world!

My thinking is that we have to bring along (using Integral levels) every tier! We can fly in our Teal Noosphere clouds, but I think the vast majority of the world’s population has little use for another set of “academic intellectual” ideologies. They are worried about feeding their children, keeping their younger sister off drugs, getting their brother out of a gang, getting their aged parents out of the “old country” that has had what progress they have made washed away with a new wave of corruption and misery.
Using the organizations and power structures already in place, and bought into by millions or billions seems like path of least resistance to “making a difference”.
As we’ve discussed, the “Integral Movement” in an of itself is insufficient to “move the world”. Given the small audience for “Integral”, I’m thinking more and more the Integral community is more “reporting on” what’s already happening than “impacting the world”.

Just some thoughts to ponder.

To brilliant academics discuss concerns over Woke running the show, concern over welfare of US.

I think it oft appropriate to ask ourselves compared to what. 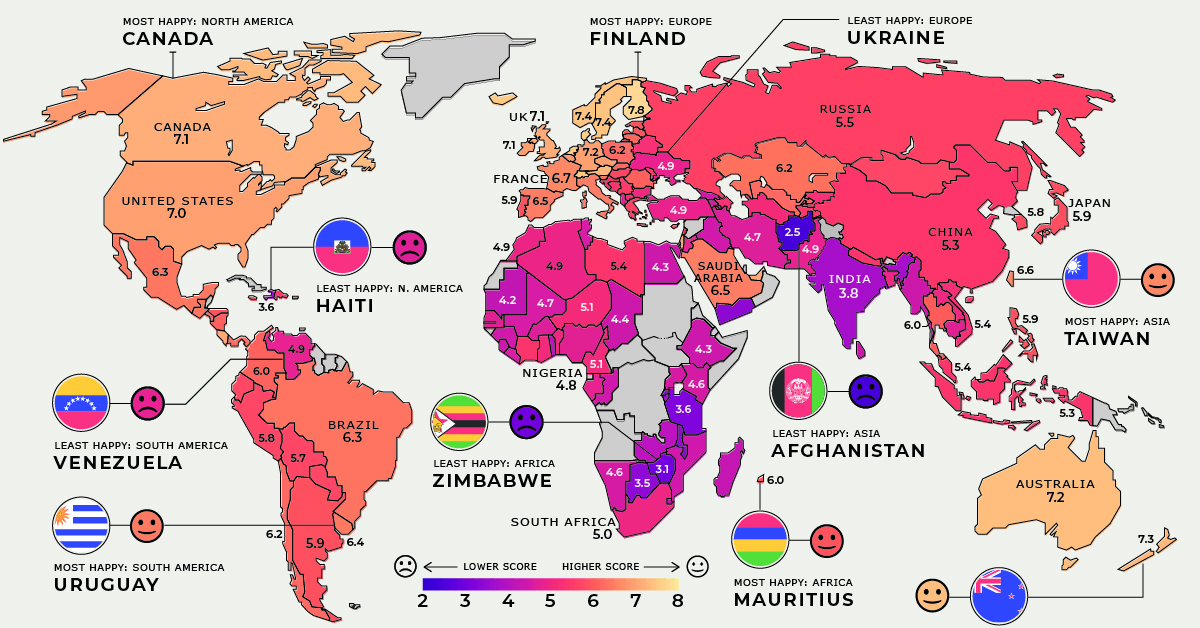 Global happiness levels are determined by many diverse factors. These maps look at the happiest and unhappiest countries in every region.

Would the US Afgahnistan policy be reason enough to alter the structure of the US? 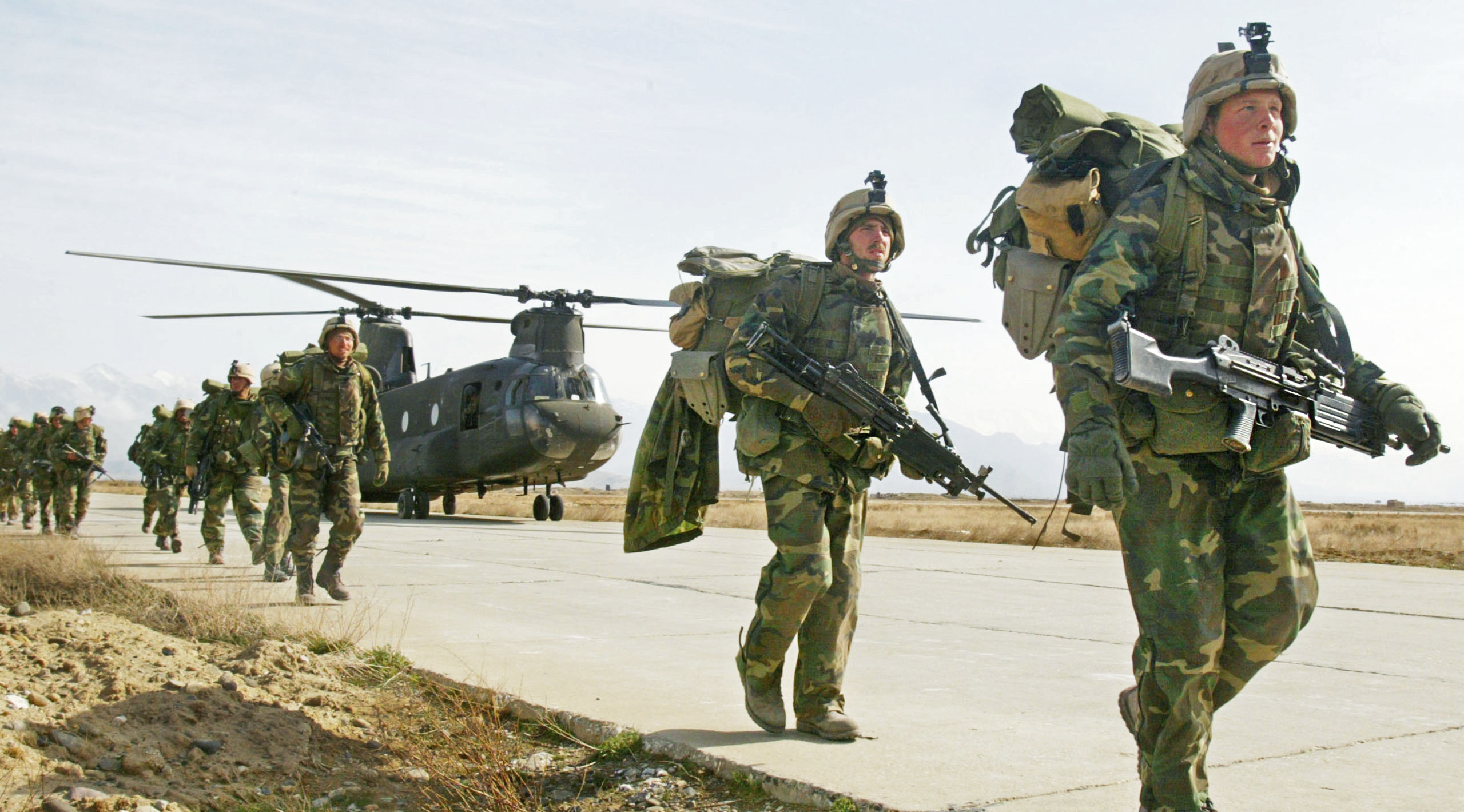 The withdrawal from Afghanistan was an inevitable tragedy

We integralists should finally take on our responsibility and stop the US with the criminal acts they are committing all over the world. Now they are dominating and deliberately hurting the whole world - the evidence is given here. https://youtu.be/ygLbRFVk4EI

It is really mindblowing and very scary.
The whole hearing of the extraparliamental investigation committee with other two contributions in English and two in German https://youtu.be/Jtc-_0tkeog

IHi Heidi, Perhaps I’m blocking with my personal biases but I’m not quite following the criminal acts angles.
In first video I definitely hear issues with UN / WHO and our Billionaire philanthropists, and highly influential Pharmas. There wasn’t much focus on origin of the Wuhan Virus.

I’d argue, the sudden, rapid, stunning shift in the belief system of the American elites. It has sent the whole society into a profound cultural dislocation. It is, in essence, an ongoing moral panic against the specter of “white supremacy,” which is now bizarrely regarded as an accurate description of the largest, freest, most successful multiracial democracy in human history. 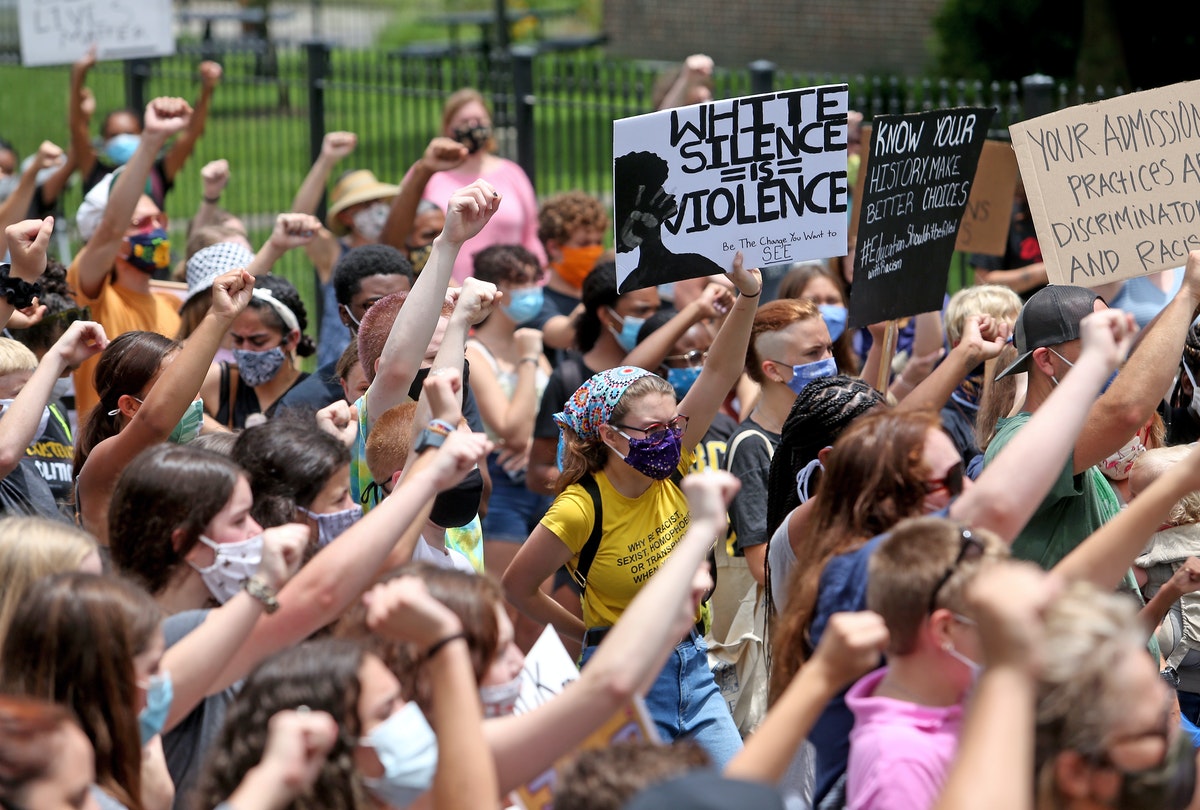 What Happened To You?

The radicalization of the American elite against liberalism

By the facts, all this patents are filed in the US, I seem to understand that the virus is completely men made. As the US and China were collaborating on the Biowarfare research, at the end there might not even be any sense in asking who exactly introduced it into the world.
This is not really the question of the testimony I mention above, but the fact that all these patents were issued long before the official appearance of any “dangerous virus”. Even the “cure” for it was patented only 3 days after the patenting of the “disease” of which the patent was not published immediately by a special payment to the authorities, so nobody could know about the disease, officially.

To make the long answer short: There is much more in the full version of the hearing (last contribution in long video), also an interview with the inventor of the mRna technology who is warning severely against the present usage of it. You find that as the third contribution in the long video. Then there is a report of an UK psychologist on the way, propaganda is used to heavily influence people to do what they wouldn’t do if there were any transparency on what their decision means and what the real risks are (apart from the questionable benefits) . The first 2 contributions of the hearing are in German.

We integralists should finally take on our responsibility and stop the US with the criminal acts they are committing all over the world.

There are international lawsuits as I understand it … is this accurate @Heidi? I get access to such information here https://new.awakeningchannel.com/blog/all-categories/ … is this link at all connected to what you propose above?

Given the small audience for “Integral”, I’m thinking more and more the Integral community is more “reporting on” what’s already happening than “impacting the world”.

I see this too … it is a better reporting agency than the Mainstream Media, but here too it leans left with the majority of correspondents. Your conservative views are refreshing and quite energizing stirring our inner spiritual space as we all face our shadows together.